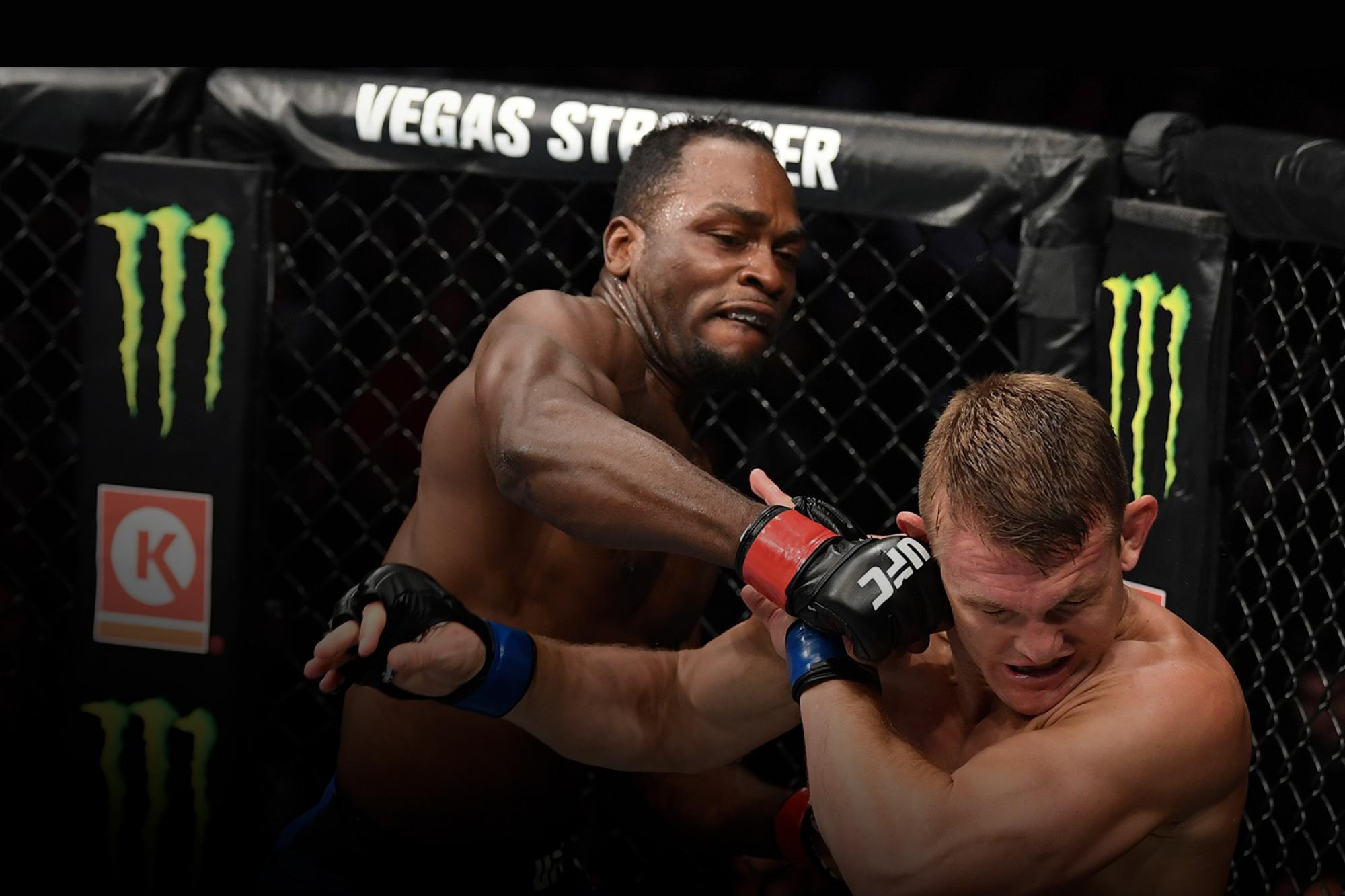 Derek Brunson Knows How to Handle the Hype

Derek Brunson is no stranger to hype, and he knows exactly how his opponent will be feeling when he steps into the Octagon on Saturday.
By Jon Gagnon, on Twitter @JGagnonUFC • Jul. 31, 2020

If anyone knows the mentality of Edmen Shahbazyan leading up to his first UFC main event this Saturday, it may be the man standing across from him in the Octagon.

Derek Brunson knows all about riding the highs from an electric start to a career. Brunson ripped off nine consecutive wins to begin his pro career and seven of those wins were first-round finishes. So when all the talk surrounding fight week is about the rising star of Shahbazyan, and his 11-0 perfect record (with 10 first-round finishes), Brunson knows exactly what to expect come Saturday.

“We had about the same similar record when I started the game,” Brunson said. “I was 9-0 with seven first-round finishes so I went in there just to get guys out of there. He kind of does the same thing so I know exactly what he’s thinking and how he feels. If you do the sport long enough, you’ll get that loss so this is the perfect time."

What Shahbazyan has in a perfect start, Brunson has in experience. Brunson has been delivering thrilling fights since his UFC debut in 2012 and has come out on top in nearly all those fights. His only blemishes are against the uber-elite (Israel Adesanya, Robert Whittaker, Yoel Romero, Jacare Souza, Anderson Silva).

After facing that level of superstar opposition, welcoming Shahbazyan to the upper echelon of the division shouldn’t be an issue.

“Every fight is important, and I’ve been at this for a while so it’s just another fight for me. It’s a step-up in competition,” Brunson said. “As a prospect if you come in and win your first couple fights and you’re going to get a step-up. I’m not worried about hype or any of that. I go into each fight the same way. Get my hand raised and look for finishes. I’m not concerned if the person across from me is getting hype or if the media is focused on them. I know what my job is.”

Brunson has had his focus on this job for a while now. The two have been scheduled to fight several times this year and now will finally meet. Training has been different for Brunson this time around, though. His gym in North Carolina is still shut down because of the pandemic, prompting him to move down to Florida to prepare.

He acknowledged that every fighter has been dealing with the same thing. Fighters are away from their families, finding new places to train and new partners to train with. But adjustments are all part of the game. And Brunson knows there won’t be any excuses available in the future.

“My focus is do what I can to prepare. In a couple years people will remember the result of the fight and not that it was during Covid,” Brunson said. “I’m the veteran and I’ve had a lot of fights in the UFC. I just need to be myself.”

It’s been nearly a year since we’ve seen Brunson in the Octagon. Yet the prospect of ring rust isn’t a viable excuse for him, either. Brunson said the long layoff doesn’t bother him and he doesn’t believe in ring rust. If you’re getting good training and good sparring in then it’s the same thing when you step in the Octagon, he said.

Now, riding a two-fight win streak and featured in a main event for the first time since January of 2018, Brunson is presented with another opportunity to etch closer to a title shot.

“I’d like to keep climbing up and the goal is to get that title shot. I’ve been in this game for a while and have a lot of quality wins, but I’ve yet to get a title shot.”