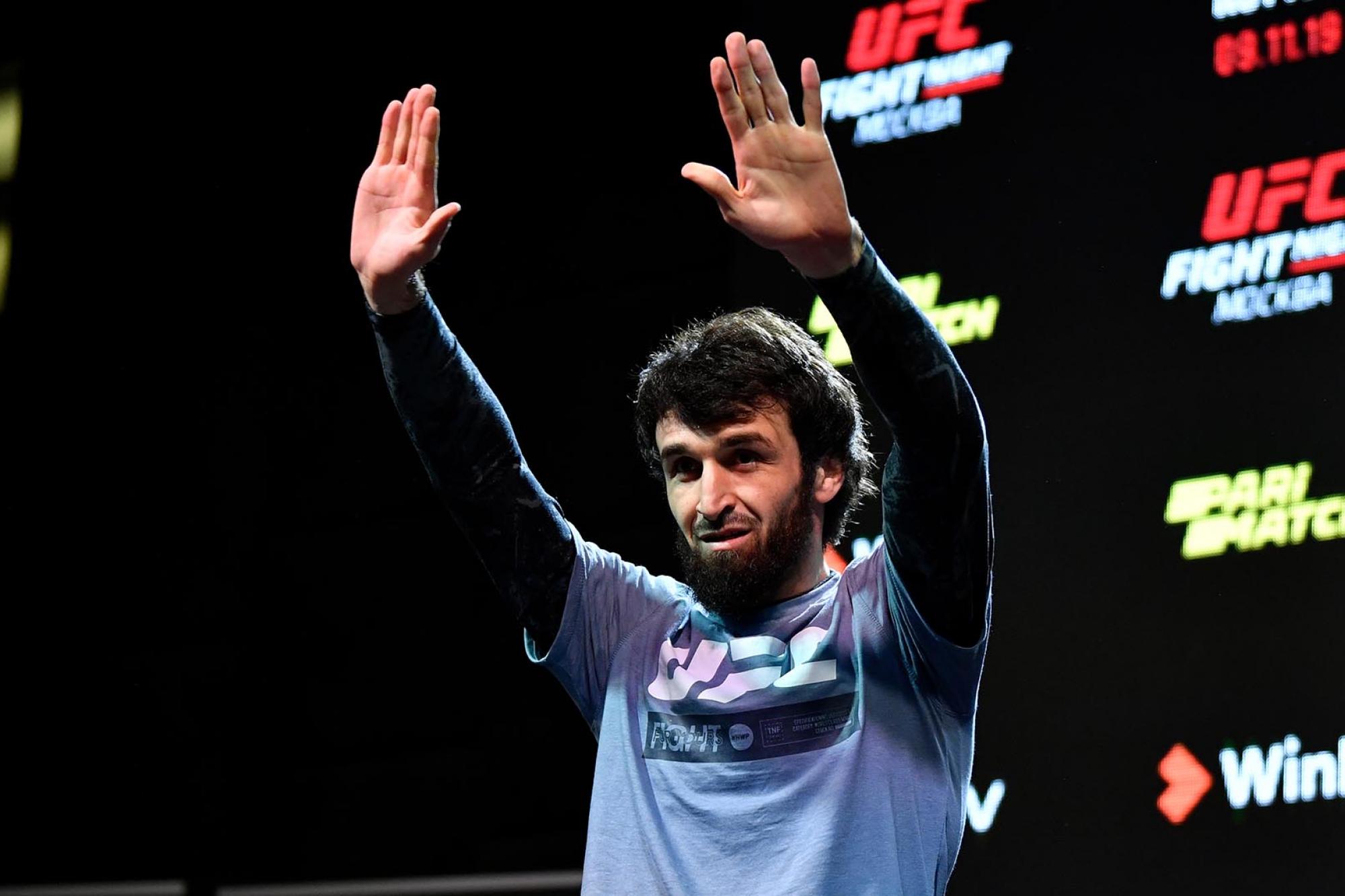 Given the amount of scrutiny and elevated expectations that follow any prospect as they arrive in the UFC, it’s often difficult for those athletes to navigate the opening few years of their time on the roster without encountering obstacles or setbacks on the road to greatness.

But through his first five trips into the Octagon, Zabit Magomedsharipov has been as good as advertised, and Saturday night at CSKA Arena, the streaking featherweight standout has the opportunity to take another step closer to title contention as he squares off with fellow contender Calvin Kattar in the main event of the UFC’s return to Moscow.

“I have already achieved one of my goals, which is to get into the rankings,” Magomedsharipov said through a translator on Wednesday morning as he readies for the first main event of his UFC career. “Now I’m moving forward and want to continue having success.”

A member of the Mark Henry, Ricardo Almeida-led fight team affectionately known as “The Iron Army,” Magomedsharipov was touted as a can’t-miss prospect as he worked his way through the regional ranks in Russia and readied to make the transition to the biggest stage in the sport.

All coaches and teammates hype up their guys, but Henry and team leader Frankie Edgar aren’t the kind of guys to oversell a fighter’s potential, even if he or she is a member of their team, and both were effusive in their praise of the long, rangy featherweight.

Over his first 12 months (and six days) on the roster, Magomedsharipov earned four victories, pushing his overall winning streak to an even dozen, adding three post-fight bonuses and one finish that had him in the running for Submission of the Year. He was the complete talent Henry spoke of — a guy who transitioned from striking to grappling and back again without pause, doing it all while looking like a young, sleepy Abraham Lincoln.

Whenever a fighter receives as much hype and attention as Magomedsharipov did, there are going to be those looking to poke holes in his sails and slow his progress, and if there was one knock on the ultra-talented Dagestani featherweight, it’s that he was beating up on competition that didn’t appear to be in his league.

Each of his first two opponents were making their first trips into the Octagon at the time of their fights, while his third and fourth foes, Kyle Bochniack and Brandon Davis, had combined for three wins in seven starts.

But the emerging contender silenced those doubters and made it perfectly clear that he was, in fact, an elite talent back in March, stepping into the cage with tenured veteran Jeremy Stephens at UFC 235, where he walked away with a unanimous decision victory.

“That victory was of paramount importance to me and my career,” he said of the win over Stephens, who has been a fixture in the featherweight Top 10 for the last five years and is universally regarded as a dangerous test for any up-and-coming hopeful. “It was my first fight with a top UFC fighter and it gave me motivation to train even harder.”

This weekend’s pairing with Kattar gives him the chance to show just what he’s been working on, even if it did have to be rescheduled.

Originally slated to serve as the co-main event last month in Boston, Magomedsharipov was dealing with an illness in the weeks leading up to the bout, prompting it to be pushed ahead a few weeks, changing it from a home game for Massachusetts native Kattar to one for the streaking fighter from Dagestan.

“I got sick and spent two weeks getting better in the United States, but I’m perfectly fine to fight in Moscow,” Magomedsharipov said when asked about the fight being shuffled from Boston to Moscow. “It doesn’t matter where the fight is — I’m always ready.”

He’ll need to be, as Kattar is one of the top talents in the division, having posted a 4-1 record through his first five starts, including wins over Andre Fili, Shane Burgos and Ricardo Lamas. In many ways, he’s the antithesis of the man he’ll face on Saturday, as while Magomedsharipov arrived with a ton of buzz and brings a flashy, inventive style to the Octagon, Kattar is a fundamentally sound, “stick to the basics” fighter whose debut at UFC 214 came on two weeks’ notice.

What he can say, however, is what he would like to do after securing a win on Saturday.

“First, I plan to have some rest after Saturday,” he said with a laugh. “As for next year, I want to fight three or four times and eventually win the featherweight title.”

That’s the level many forecasted him ascending to even before he crossed the threshold into the UFC cage for the first time, and given how well he’s acquitted himself to this point, seeing Magomedsharipov make a run at the title in 2020 doesn’t seem out of the question at all.