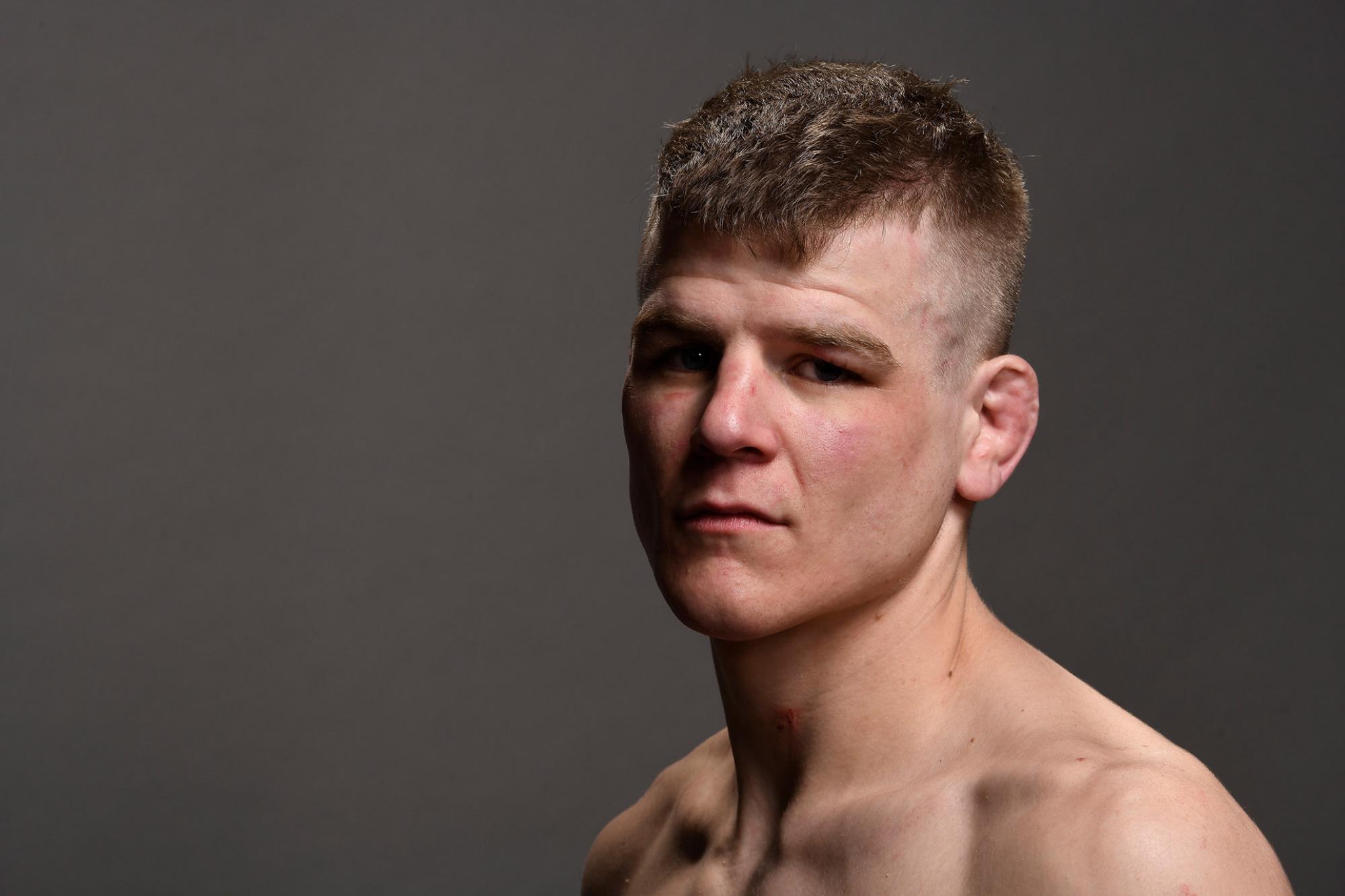 "There’s No Greater Feeling Than Winning An MMA Fight, Especially At The Highest Level”
By Thomas Gerbasi • May. 16, 2019

As Grant Dawson walked around the Octagon awaiting the judges’ verdict on his UFC debut against Julian Erosa in March, he looked heartbroken. If you didn’t see the previous 15 minutes, you would have assumed he lost and was just waiting for announcer Joe Martinez to make it official.

“I am the hardest person in the world on myself,” said Dawson. “I didn’t get the finish, and all my wins – including my amateur career – are by finish. I set myself to such a high standard, and I won every round, but I just couldn’t put him away. To me, right after that happened, in my head I was like, ‘You didn’t get the finish, you could have put this guy away.’”

It wasn’t the way “KGD” pictured his UFC debut, but he won a clear-cut decision over Erosa to improve to 13-1 as a pro. That wasn’t enough for Dawson, but from the time of the decision to his meeting with the media backstage, his demeanor changed considerably, and he could thank his coach (and UFC vet) James Krause for that. 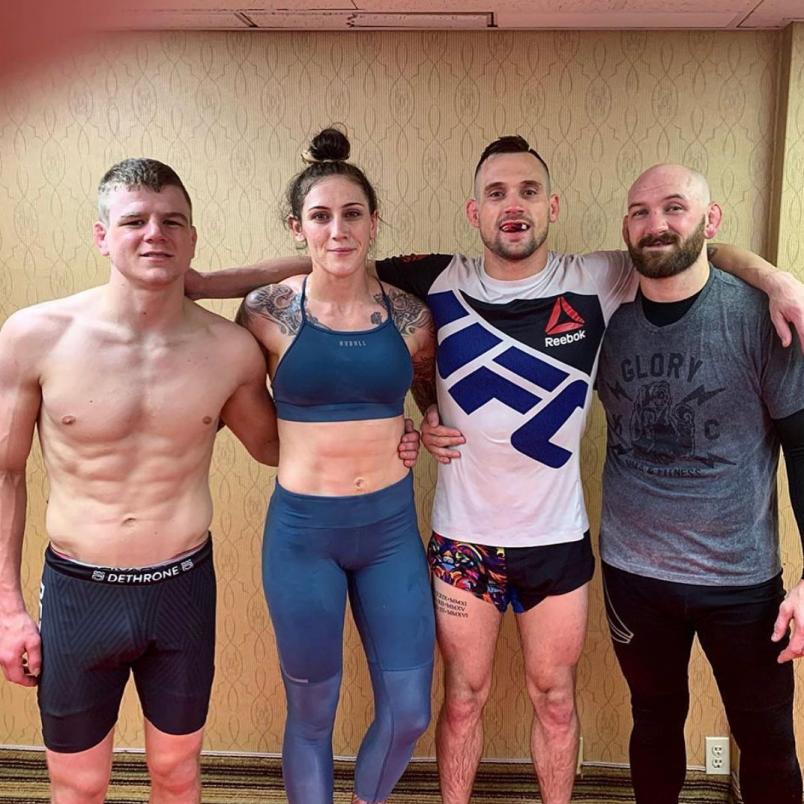 It’s all Dawson needed to embrace the night in Wichita for what it was – a victorious start to his UFC career.

“The reason why I do this is that in this sport, when you win, there’s no greater feeling than winning an MMA fight, especially at the highest level,” said Dawson. “And I saw myself not letting me enjoy that. So thanks to James, I got my head out of my butt and when we went to do the interviews I felt a lot better.”

As well he should. But that doesn’t mean Dawson should be criticized for his post-fight feelings. In fact, he should be praised for always wanting to deliver fights that thrill the fans, as well as the man with the gloves on. That attitude took root long before he made the walk to the Octagon for the first time.

“I got invited to watch a fight over a friend’s house and we watched Rampage Jackson versus Rashad Evans,” said Dawson. “And ever since that, I was like, ‘Oh my goodness, this is great.’ I had wrestled and seen martial arts on the internet, but I had never seen a sport for it.”

Now he had, and the 16-year-old Dawson was hooked. So were his friends, leading to weekly scraps in the backyard.

“We started with backyard fights with my friends, and every time I would win, I’d be like, ‘This feels great. I’m better than you,’” he laughs. “‘You might be a better football player, you might be better at math, but I can kick your butt.’ I remember thinking, I want to get into this for real; I want to try this for real. Really train, have an amateur fight and thinking how good that felt winning my first amateur fight, can you imagine what it would be like winning a world title in the best organization with the best competition? If you do that, there’s not a man alive at 145 pounds that can tell me I can’t beat them up. You’re the best fist fighter there is. You’ve got these guys with world records in powerlifting or world records in other sports, and that’s cool, but I could kill you with my bare hands and you can’t argue that. If you don’t got a gun or a knife, it’s not gonna look good for you because this guy is the best fighter in the world.”

What about a spiked bat?

“Maybe,” laughs Dawson, who makes his second UFC appearance this Saturday against Ultimate Fighter winner Michael Trizano. The Wisconsin native has come a long way since the days of battling it out in the backyard, but the attitude hasn’t changed. He wants to be a champion, and to get there, he has to get past Trizano. And given the upside of both featherweights, it may not be the last time they collide.

“I’m always looking at future matchups,” Dawson said. “I come from wrestling, so in wrestling you don’t just wrestle one guy on one night. You wrestle five guys. So I don’t care what people say or think when they say, ‘you’ve got to focus on this guy.’ I can focus on one guy while also looking at the future. And though I do think Trizano is a very good fighter, but if he beats me or I beat him, I really can’t see us clashing again, at least not for a very, very long time.

“For me, it’s not about beating everybody they put in front of me, it’s about becoming world champion,” he continues. “If I lost my next three - and this doesn’t make any sense - but somehow became world champion, who cares? You got the belt, you’re the best.” 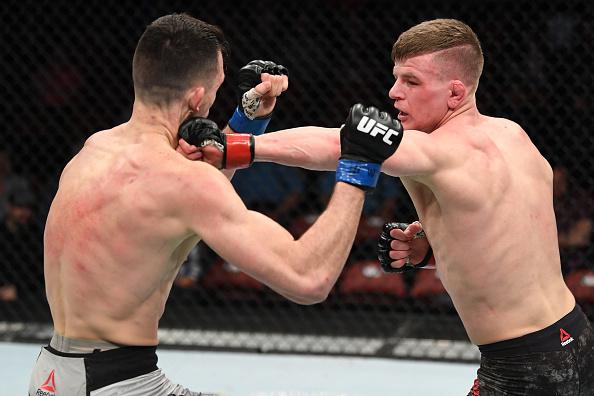 Can’t argue with that. So as a former wrestler, does Dawson have his own bracket at the moment?

“I’ve been wanting to be in the UFC since I was 15 years old,” he said. “Of course I’ve got a bracket. (Laughs) I’ve got who I want to fight next, I’ve got who I want to fight after that, I got dates, I’ve got whatever you want. I don’t think anybody thinks about this sport as much as I do, and not looking past Trizano at all, but you can focus on more than one thing at once. I’ve got my whole future lined up. Whether it goes that way or not, I’ll be ready for it, but it’s always fun to dream about.”

Fun? Is this the same guy who looked like he was being led to the electric chair after the Erosa fight? It is, and he promises a better reaction after Saturday night’s fight.

“I’m gonna do something,” said Dawson. “I’m gonna enjoy it.”