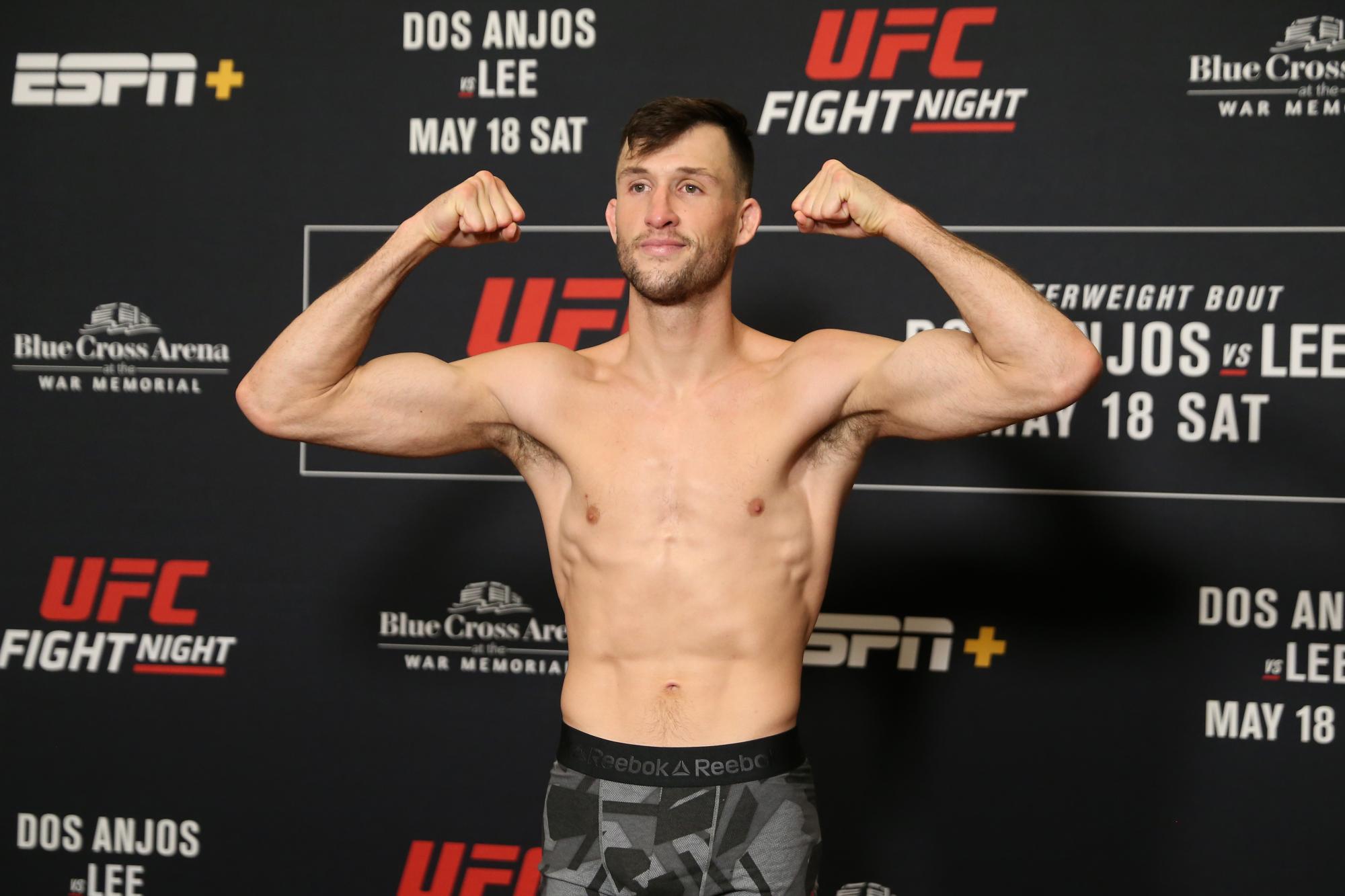 Julian Erosa Is Always A Student

Several years into his life as a mixed martial artist, Julian Erosa remains open to learning from anyone and everyone.
By Thomas Gerbasi • May. 17, 2019

Even though he hasn’t yet hit 30 years old, Julian Erosa may already be considered a lifer when it comes to mixed martial arts, and as he builds on 30 professional fights and more than a decade in the sport with his Saturday bout against Julio Arce, he’s not going anywhere anytime soon.

“It doesn’t matter if I was a billionaire, I would still fight for the fun of it just to compete with myself and see how far I could push myself,” said Erosa, who obviously wouldn’t turn down any of the perks of the job, such as big paydays, world titles and international acclaim. But that’s not why he does it.

“I just love to do it,” he said of the fighting life. “It’s years of doing the same thing over and over again and training every day. If I don’t train or work out, it would drive me crazy. And I’ve always been one of those competitive people, but competitive with myself. I skateboarded for 12 years, and every day I would go to the skate park and there were kids there just to kick it and hang out. I would go there and get better because I loved to do it, but I was competitive with myself. Every day I wanted to learn something new and I always wanted to be a student of whatever I was doing.”

Over ten years ago, Erosa took that attitude into mixed martial arts, and it hasn’t changed in the slightest.

“I don’t care if a white belt walks into the gym and they’ve never trained before; that guy might be able to teach me something,” he said. “I’m not keeping myself to a standard to where I can’t be taught something. I enjoy being a student and I want to give a hundred percent to what I’m doing. That’s always been my drive with fighting. It doesn’t matter how good you are or who you are. Jon Jones can still learn stuff, Daniel Cormier can still learn things.”

Erosa, despite compiling an impressive 22-8 record since his pro debut in 2010, still feels that he hasn’t even scratched the surface when it comes to what he can do on fight night. Yet while learning and growing as a martial artist are both good things, at the highest level of the sport, he has to win, too, and that’s the goal in Rochester as he looks to snap a two-fight skid.

“I take my career as each fight comes and I try not to get too high or too low on things,” Erosa said. “Obviously I’m coming off two losses and that sucks, but you can never get too high about it or too low. If you win a fight, you can get super pumped and excited about it, but that’s just gonna make a fight you lose that much worse. And vice versa. The only thing I want to take away from losing is learning.” 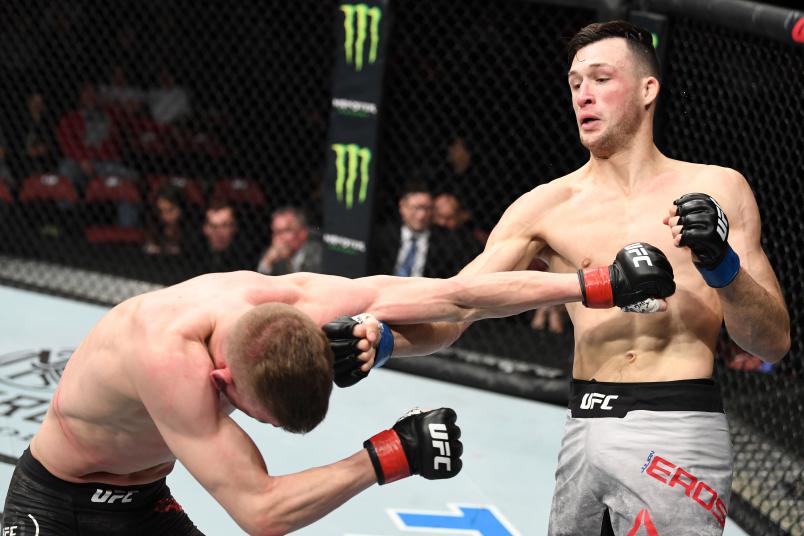 And after going three rounds with Grant Dawson in his return to featherweight despite suffering an ear infection less than a week before the fight, he’s confident that he will not just get back on track, but that featherweight will be his permanent home moving forward.

“Featherweight’s always been my weight class,” he said. “I feel comfortable, I can make the weight pretty easily, and honestly, in the UFC, I don’t think I would ever really want to fight at 155 or go for a run at 155 because there’s just too many gigantic dudes. We’re literally a weight class apart in strength. At featherweight, I feel comfortable with my size and my ability to make the weight, so that’s why featherweight is where I should be at.”

With all that settled, all Erosa has to worry about is the fight. And that’s the fun part.