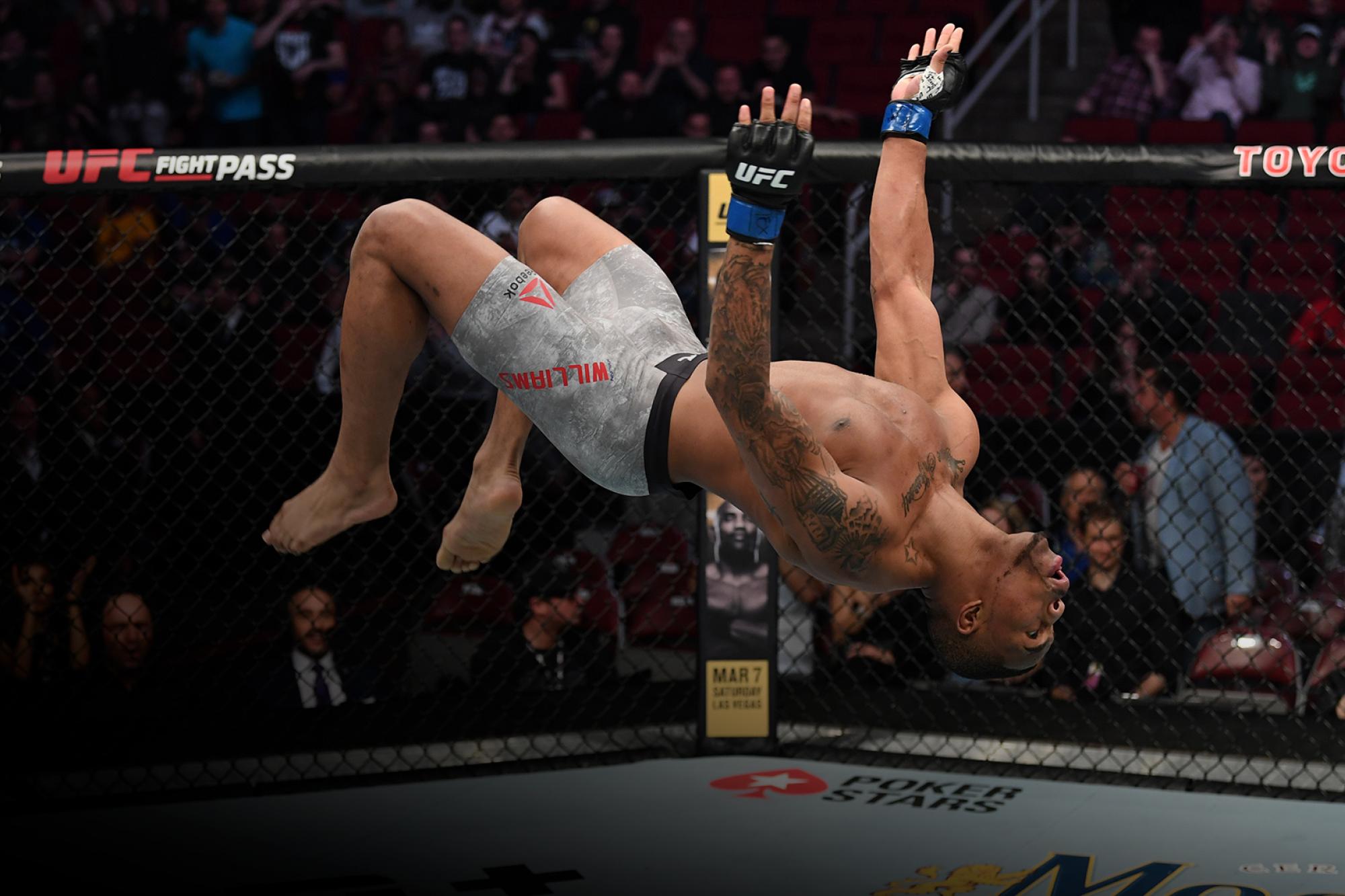 Khaos Williams Is Embracing The Whirlwind

Stepping in on short-notice, Khaos Williams emphatically introduced himself to the UFC, and that was just the beginning.
By Thomas Gerbasi, on Twitter @tgerbasi • Mar. 25, 2020

Khaos Williams lived up to his adopted first name in his UFC debut last month but getting Alex Morono out of there in 27 seconds wasn’t exactly how he and his team drew it up.

“That wasn't the plan, it just happened how it happened,” said Williams, who’s given first name is Kalinn. “Me and my coaches looked at a couple things where he had some holes in his game. We knew that he liked that check hook and I studied him myself and I knew that I was gonna catch him with that body kick before the hook came. People didn't even see it because it happened so fast, but I threw a body kick and that kind of threw him off a little bit and we got into a little striking match. He caught me, so I just went through it and caught him with that left. And once I seen his eyes roll back, I knew I connected, and it was just go time. I went in there to do what I had to do.”

Reading Williams’ description of the fight took as long as the fight, so needless to say, the Detroit welterweight made quite an impression on UFC fans as he improved his pro record to 10-1. Is this what we have to expect from “The OxFighter” from here on out?

“I'm a very grandiose, very extraordinary fighter, so the people will always be entertained when they see me,” he said. “They're always gonna get a show. And that's something I can promise.” 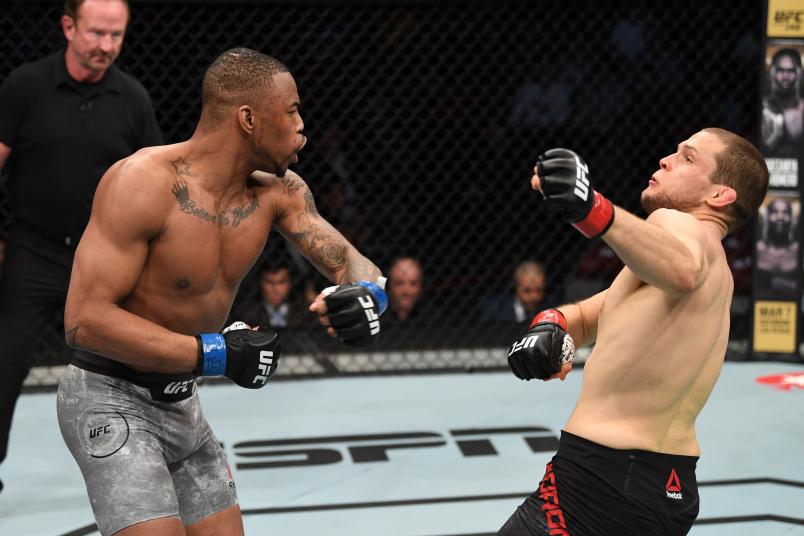 If it’s been a whirlwind for the 25-year-old to deal with, he’s not showing it. There’s still his real estate business to tend to, and while his March 28 bout against Laureano Staropoli has been postponed, Williams is focusing on the positives of making it to the UFC, a journey that’s taken longer than the 10 pro fights before his call to the big show.

“I'm blessed to have the opportunity to be in the UFC for the world to know,” he said. “But it's a long time coming. I've been putting the work in and it has been a long road, but everything I've been through, it prepared me for this moment. It was just perfect timing. I was always telling people around me that I was a diamond in the rough just waiting to be buffed off and shown to the world. Now, being in the UFC and having the spotlight and being able to be shown to the world, it's just surreal.”

Even getting that call was surreal, as his UFC 247 meeting with Morono wasn’t exactly one he was planning for or expected, as he was brought in to replace the injured Dhiego Lima on a little over a week’s notice. But he accepted the offer, made weight, and then blasted his way into the consciousness of UFC fans around the globe.

Not bad for a kid from Detroit who was once headed down the wrong path fast. I asked him if his teenage self would have believed it if he was told that in a dozen years he would be a UFC fighter. 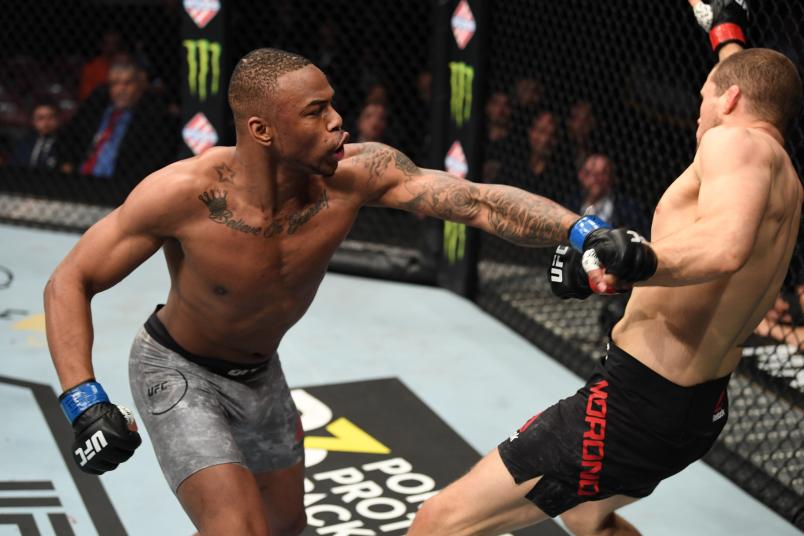 “I wouldn't believe it,” Williams said. “I couldn't. My mind was on something way different. I couldn't see it. I was just going down a negative path and the people I was hanging with in life, I wouldn't see myself being the positive public figure that I am today, in the UFC on the main stage. But everything happens for a reason and I'm glad it did happen how it happened. It humbled me, it made me grow and I learned from pain and I grew from struggle.”

That struggle has made an impact beyond Williams’ immediate circle. Just go to Facebook and see the notes of support plastered throughout his feed from people who don’t just see Williams as a UFC fighter; they see him as a young man who straightened his life out and now gives them hope, both in and out of the Octagon.

“It's a blessing just to have the support that we have and to be able to impact people the way we do,” he said. “They call me the people's champ around my community, and I don't want to be just another fighter; I want to inspire and motivate people and show them that even though the road may be bumpy at times, it ain't the end of the road. And that's what I strive to do, trying to be better every day.” 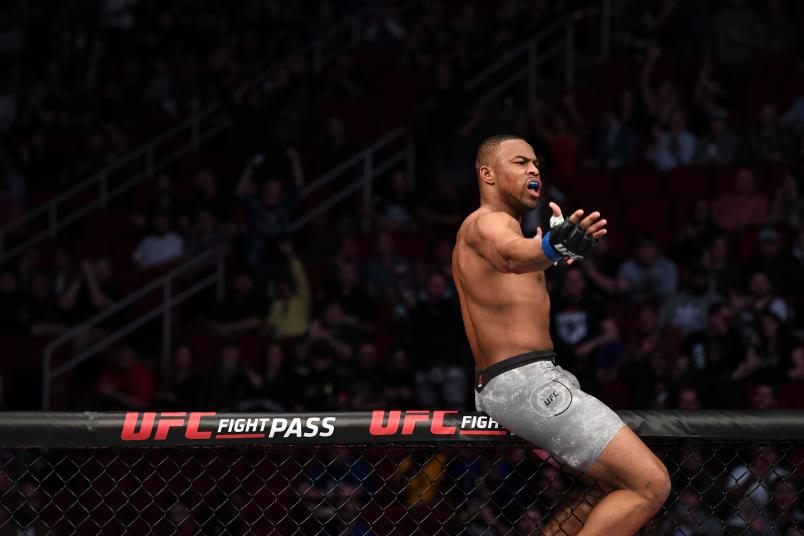 HOUSTON, TEXAS - FEBRUARY 08: Khaos Williams celebrates his TKO victory over Alex Morono in their welterweight bout during the UFC 247 event at Toyota Center on February 08, 2020 in Houston, Texas. (Photo by Josh Hedges/Zuffa LLC)

And while his example is enough proof that he’s put his past in the past, Williams takes it a step further by talking to the young people in the area about life, business, and making the right decisions. He learned that the hard way, and he hopes the kids he talks to will be able to avoid those bumps in the road.

“I take my time to go speak to the kids, teach them about making wise decisions,” he said. “The older kids in the high school, I tell them about building credit and investing, stuff that they really don't teach but you really need to learn in life. I just try to be that person that I needed when I was growing up. A little guidance goes a long way. You don't know who might be dealing with certain things or who might have dealt with similar things that you were. It might be inspiring to them just to know that you came from nothing and you're doing this.”

Not just doing it, but doing it at the highest level of the sport in the UFC. If that doesn’t keep someone’s mind straight, nothing will. Williams knows this.

“MMA gave me the discipline, it gave me something to look forward to, it gave me something to know that if I get in trouble, everything that I've worked for could just be gone in an instant,” he said. “The years of fighting, all the miles, all the time in the gym, the blood, sweat and tears, it could just be gone just like that. So it really gave me the discipline to calm down and chill out. And I have a growing fan base. Everywhere I fight, I get more fans and that was from amateur all the way to the pros and all the way to the UFC. And I just want to continue that, so it really changed my life a lot, just to know that I have people looking up to me.”

Yeah, it’s a feel-good story and an inspiring one, but don’t think for a second that Williams is simply happy to be here. No, he’s got a message for the 170-pound weight class that they only got a hint of last month in Houston.

For more information and updates, sign up for the UFC Newsletter here

The Good Fight Foundation heads into 2021 with exciting new goals and endless opportunities to help those in need.

UFC sold more than 630 t-shirts, which resulted in an $11,000 contribution towards the foundation's 14th Annual Stand Up For Heroes Gala.