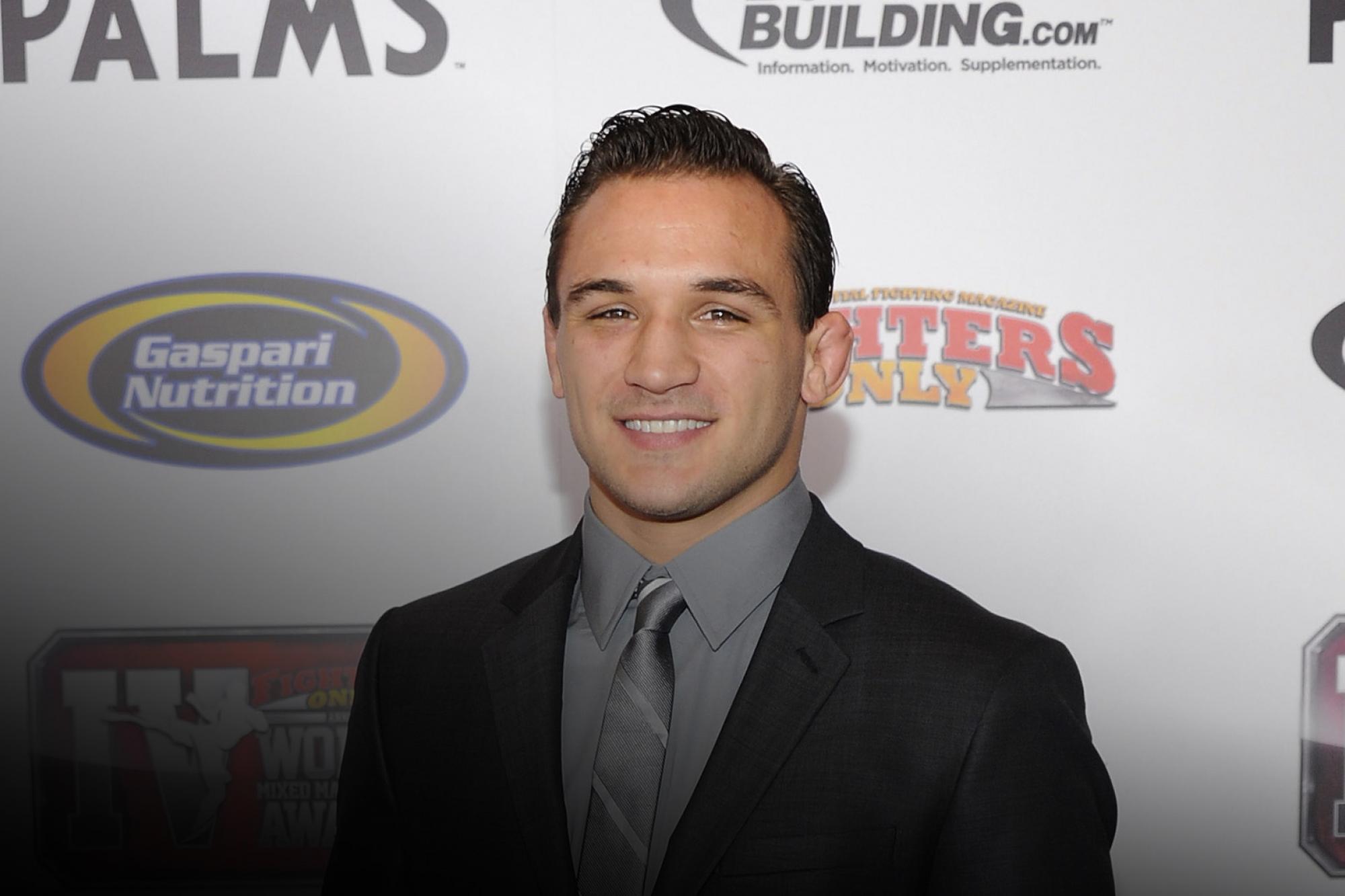 Michael Chandler is the newest MMA star to join the UFC
By Thomas Gerbasi, on Twitter: @TGerbasi • Sep. 30, 2020

Who is Michael Chandler?

“He's a small guy from a small town who decided to try to do big things. He shows up when he says he's showing up and he's gonna make all the requisite sacrifices in order to get to the cage. I'm a man of my word.”

That doesn’t even scratch the surface when it comes to the native of High Ridge, Missouri, population 4,305 as of the 2010 census. By then, Chandler had finished a stellar college wrestling career at the University of Missouri that garnered him All-American honors in 2009, and he was two fights into his career as a mixed martial artist.

So who is Michael Chandler? He’s a high-profile signee to the UFC roster. How high-profile? The former three-time Bellator lightweight champion may be making his Octagon debut on the UFC 254 card on October 24 against either champion Khabib Nurmagomedov or interim titleholder Justin Gaethje, should something happen to force one of the headliners out of the main event on Fight Island.

Now that’s high-profile. But for those who haven’t followed Chandler’s pre-UFC career, suffice to say, that’s just how he rolls.

“(UFC President) Dana (White) said, ‘Hey, are you interested in this opportunity October 24th?’” recalled Chandler. “I said, ‘Absolutely, sign me up,’ and here we are. I'm gonna come through with my end of the bargain. Whether I fight or not, it's going to be a good experience and a good introduction to show the fans who I am if they haven't already seen my work.” 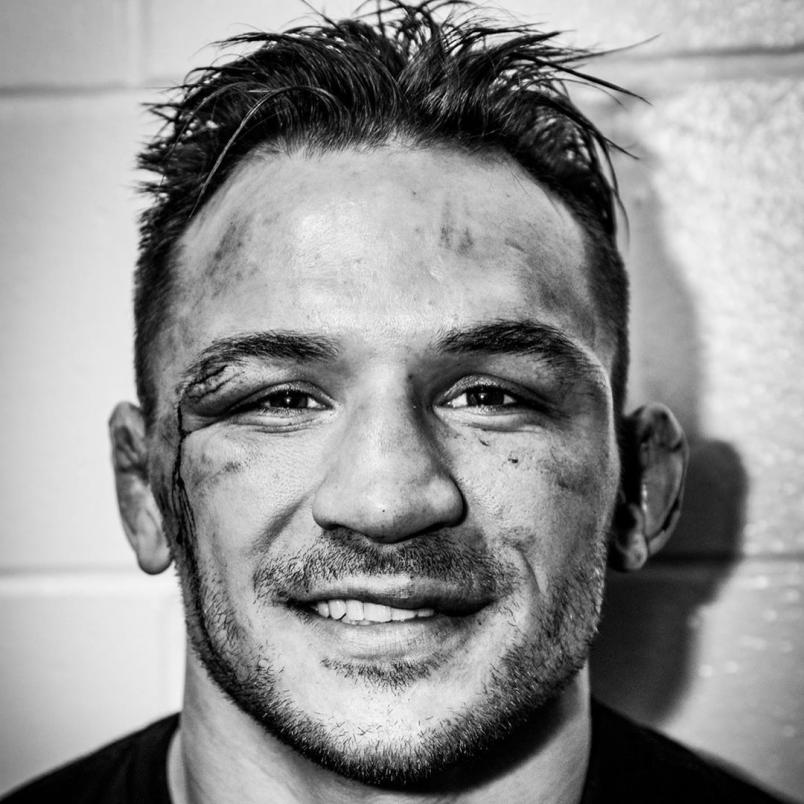 If they haven’t, you’ve got a couple weeks to go down the YouTube rabbit hole and get acquainted with Mr. Chandler, 21-5 as a pro with wins over former UFC champs Benson Henderson (twice) and Eddie Alvarez on a resume that has him clearly among the best 155-pounders of this era.

He agrees that the two-fight series he split with Alvarez is a good place to start, and his wins over Henderson, who he knocked out in their August rematch, also gives a good indication of what he does on fight night. At the same time, Chandler doesn’t want to rest on his laurels, and he knows that there are those who wonder how he could possibly debut in a title fight next month.

“I think I have a pretty good resume, but also, it's a what have you done for me lately business, and I understand that and I understand the criticism of 'who the heck does this guy think he is, coming in from another organization thinking he deserves a title shot or thinking he deserves to step in?'” he said. “Listen, this is not a decision that I made. The UFC is gonna do what the UFC wants to do; they've earned their right to be able to do that. Dana White has earned the right to be able to run this business how he wants to run it. That's the decision that he made and I'm just the guy who stepped in line and said, ‘I'll do it, so let's go.’”

And whether he fights or not on October 24, knowing that Chandler is on the roster and in the mix to not only square off with the likes of Nurmagomedov and Gaethje, but fighters like Dustin Poirier, Tony Ferguson, Dan Hooker, Paul Felder, etc. is a dream fans didn’t think would ever come true. But when Chandler’s contract was up and he became a free agent, he knew where he wanted to be.

“There hasn't been a day that has gone by in the last 11 years that I wasn't intrigued by or thought about being in the UFC,” he said. “Whether it's everybody kind of comparing me to the guys who were at the top of the heap or big dream matchups that UFC / MMA fans have wanted to see, this has been a long time coming and I think this is the right time. If this was two years ago, I wouldn't have been ready. If it was four years ago, I wouldn't have been ready. Right now, in this moment, this is the best I've ever felt and the most confident I've ever been, so I think it was inevitable, and as soon as I knew I was gonna test free agency this time, I knew in my heart that I was gonna end up here and here we are - it all worked out perfectly.”

It wasn’t a long test, as the UFC scooped Chandler up as soon as it could, and that was just fine with him.

“It would have been a bad free agent move to not field offers from all suitors in the mixed martial arts landscape,” Chandler said. “But I knew where my heart wanted to go. But what you want and what you end up getting doesn't always work out perfectly. In this scenario, it did, and I'm extremely happy with the way everything played out.”

Making it clear that if you do get to watch him fight on October 24th, “be on the edge of your seats because I only know one speed,” he’s not making idle boasts. That speed has led him through 26 pro fights and to the top of the division, but if you think he’s slowing down at 34 years old, think again.

“I feel great, man,” he said. “Longevity isn't that hard if you do things right.”

True, but with all those introductions out of the way, let’s get to the fight. If called in to fight in Abu Dhabi, does he have a preference between Nurmagomedov and Gaethje?

“It doesn't even take me a second to think about it,” said Chandler. “I'd rather fight Khabib. Both guys are dangerous, both guys pose tough threats. But every single guy on the UFC roster poses a ton of threats. There is no easy out in the UFC, so if you're gonna go fight someone, it's about the opportunity to fight the pound-for-pound best guy in the world. I like my chances, I like my game plan, I like my skill set matching up to his skill set, I like that fight. I've liked that fight for half a decade now, since I started studying him, knowing I was eventually gonna fight him one day.” 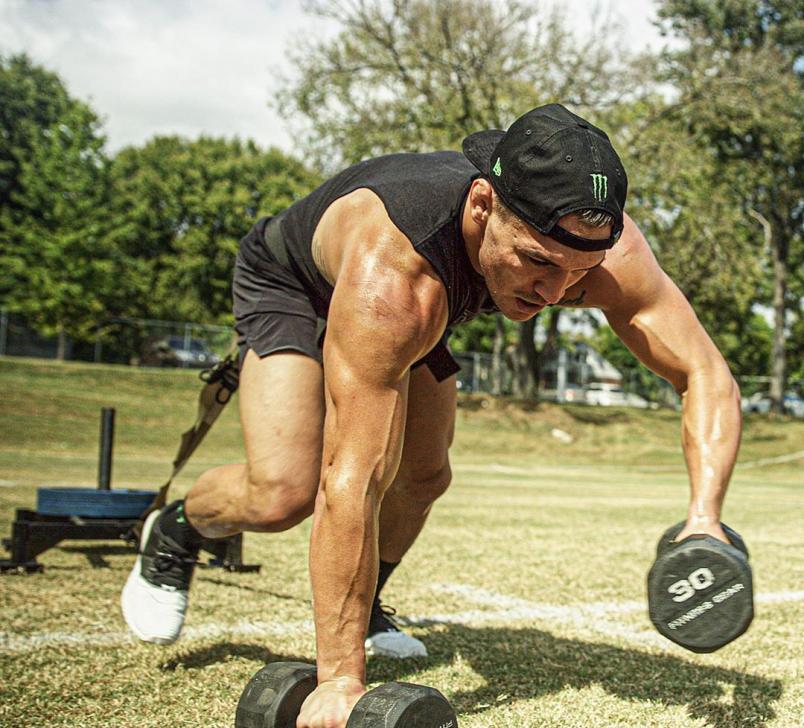 And what a story it would be if Chandler comes out of nowhere, gets a title fight in his first UFC appearance, and then takes the belt.

“There's not much of a better storyline than that,” he agrees. “That's ESPN 30 for 30 type of stuff. That's what the fans would sit down and grab their popcorn and watch. I've got a lot of tread left on these tires, I gotta lot gas left in the tank, and I got a lot of speed and power on these hands and I want to give some great performances.”

He'll get his chance, whether it’s on October 24 or beyond. And that’s all Chandler wants is a chance to compete with the best of the best with those three letters on his gloves.

“There's no doubt that eventually the lights will fade and eventually the interviewers will stop calling and eventually all of the splendor and wonderful things that come with being a professional athlete fade,” he said. “And that's one of the things that has always motivated me. I've had the foresight to know that someday, this amazing gift that God has given me, being a professional athlete, is going to be over. And eventually I'm going to take my gloves off for the last time and retire in a cage. So thinking about the end while I'm in it motivates me to get as much as I possibly can out of this well-enabled body. And that's the other thing; I wake up every, single morning thanking God for another opportunity to have these two capable arms and two capable legs to do something with these blessings that I've been given. And to give anything less than my best every single day is to sacrifice those gifts. So it doesn't matter what belts are on the line, how much money is on the line, how much glitz and glam, Fight Island, the biggest opportunity of my life, that stuff is just icing on the cake. It's the constant and never-ending improvement of yourself, trying to find out how much more do I have left in the tank, how much more can I build and grow and acquire and strive for with this body and these blessings that God has given me. So it's never been about the accolades, it's always been about the action of paying back my creator for these amazing blessings that I've been given.”

That’s who Michael Chandler is.