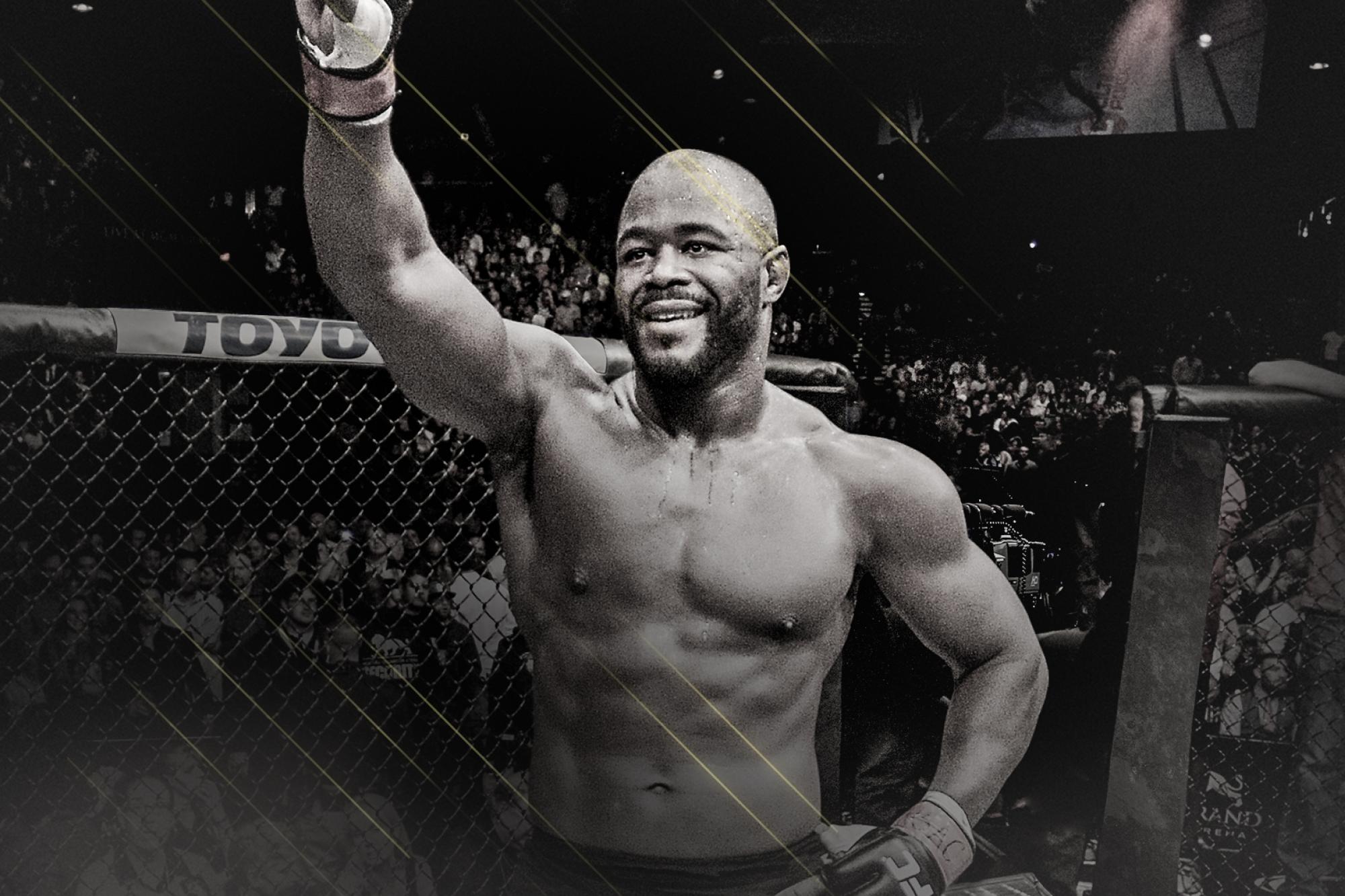 Las Vegas – UFC® today announced that former UFC light heavyweight champion and winner of season two of The Ultimate Fighter®, Rashad Evans, will be inducted into the UFC Hall of Fame’s ‘Modern Wing’ as a member of the class of 2019. The 2019 UFC Hall of Fame Induction Ceremony, presented by Toyo Tires®, will take place on Friday, July 5, at The Pearl at the Palms Casino Resort in Las Vegas. The event will be streamed live and exclusively on UFC FIGHT PASS® starting at 7 p.m. PT.

“Rashad and I have been close since season two of The Ultimate Fighter and we’ve had an amazing relationship,” UFC President Dana White said. “It has been fun to see him succeed and grow as a fighter, become a world champion and then a respected coach for up and coming fighters, and then to see him retire last year. I love to see him still involved with UFC. I couldn’t be prouder of Rashad than I am right now with him being inducted into the UFC Hall of Fame.”

Evans first made his mark as a heavyweight during the second season of The Ultimate Fighter. During the series, he defeated Tom Murphy, Mike Whitehead and Keith Jardine to advance to the finale against Brad Imes. Rashad defeated Imes via split decision in the co-main event of The Ultimate Fighter®: Team Hughes vs. Team Franklin Finale, to win the heavyweight tournament.

After winning TUF, Rashad moved to light heavyweight and proceeded to win six of his first seven fights at 205 pounds inside the Octagon®, capped off by a highlight reel knockout of UFC Hall of Famer Chuck Liddell in the main event of UFC® 88: BREAKTHROUGH. The win improved his record to 17-0-1 and earned him a title shot against UFC light heavyweight champion Forrest Griffin at UFC® 92: THE ULTIMATE 2008.

As the main event of UFC® 92: THE ULTIMATE 2008, which took place on Saturday, December 27, 2008 at MGM Grand Garden Arena in Las Vegas, Evans and Griffin made history as the first TUF winners to face each other with a title on the line. Evans and Griffin exchanged several series of punches and kicks during the first two rounds with Forrest applying the majority of the pressure, ending the second round with a jab that opened a cut above Rashad’s left eye at the horn. Griffin continued to apply pressure at the beginning of round three until Evans, down two rounds on the score card, caught one of Forrest’s kicks and took Griffin down for the first takedown of the night :30 seconds into the round. Rashad would capitalize on the takedown with a barrage of hammer fists until Forrest closed guard. Now mounted on top of Griffin, Evans evaded Forrest’s kimura submission attempt and continued landing punches and elbows until the fight was stopped with 2:14 remaining in the round.

After defeating Griffin to capture the UFC light heavyweight title, Evans would lose his next fight to former UFC light heavyweight champion Lyoto Machida at UFC® 98: EVANS vs. MACHIDA. Rashad would bounce back from his loss to Machida, winning his next four fights and repeatedly facing some of the biggest names in combat sports history before retiring in 2018.

Evans enters the UFC Hall of Fame with a remarkable resume that includes:

• 1 of 8 TUF winners to become an undisputed UFC champion

A native of Niagara Falls, New York, Evans began wrestling in high school, advancing to the state finals in 1997 and 1998, placing fourth during both tournaments while also earning All-State honors each year. Following high school, Rashad began his collegiate wrestling career at Niagara County Community College, becoming the 2000 Junior College National Champion in the 165 lbs. weight class. In 2001, Evans transferred to Michigan State University, where he was a member of the Spartans wrestling team for three years, finishing his career with 48 wins, 34 losses and two top five finishes in the Big Ten Conference Championships (2002 – 4th; 2003 – 3rd).

Outside the Octagon, Evans has become an acclaimed combat sports analyst with ESPN and an accomplished coach, as he continues to help train up and coming MMA athletes as a member of Henri Hooft’s Hard Knocks 365 gym in Fort Lauderdale, Florida.

Now living in his adopted hometown of Boca Raton, Florida, Rashad also spends time giving back to his local community as a board member of Always Progress, a South Florida-based charitable organization that helps at-risk youth overcome obstacles in life by showing the importance of making good decisions.