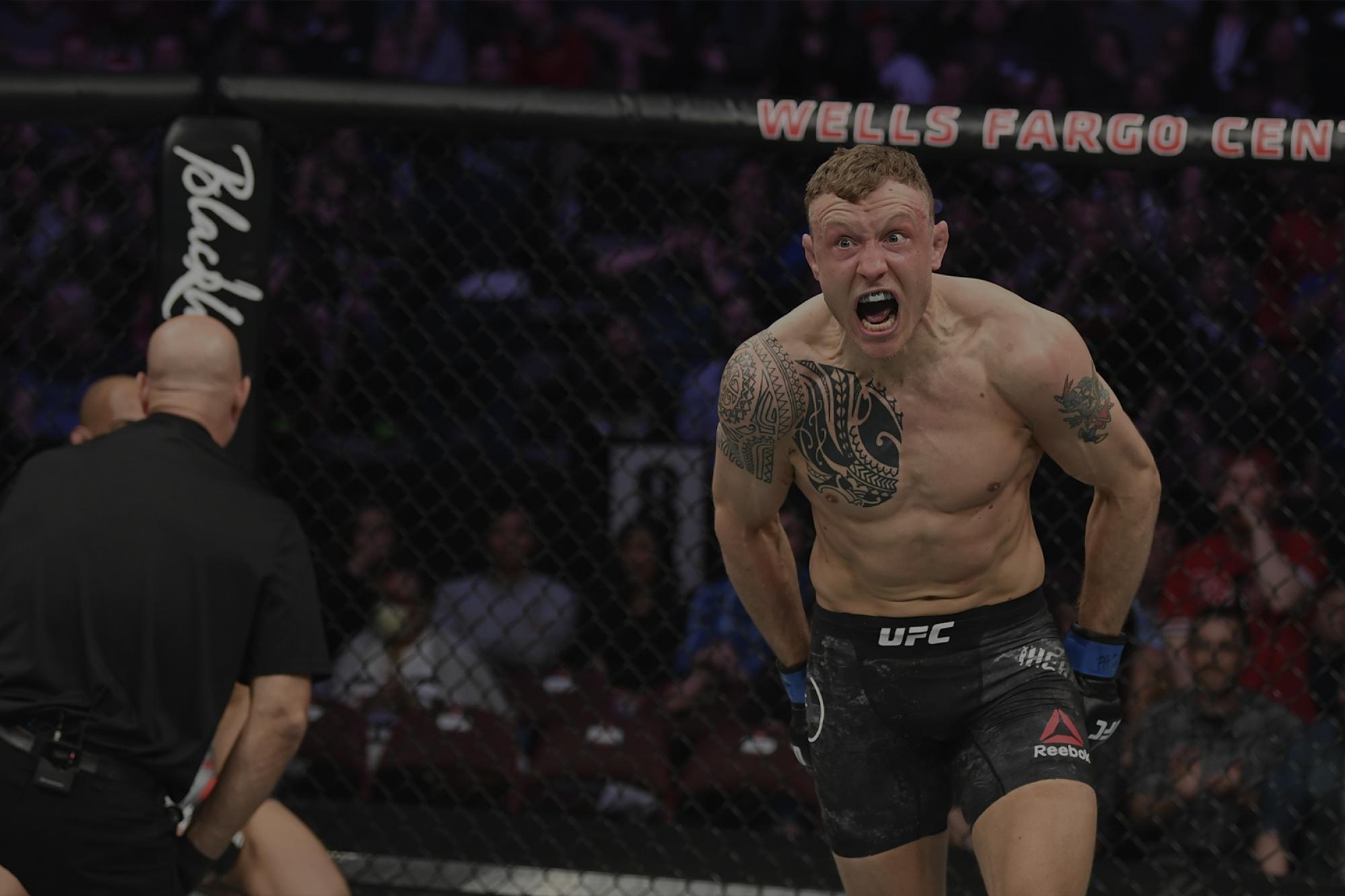 Look back at UFC Philadelphia and check out who the big winners were from the Octagon
By Thomas Gerbasi • Apr. 1, 2019

Saturday’s UFC Philadelphia event is in the books, and now that the dust has settled in the City of Brotherly Love, it’s time to go to the scorecard to see who the big winners were at Wells Fargo Center.

1 – Justin Gaethje
There are a lot of smoke and mirrors in the fight game, with promises of one thing often leading to another. But Justin Gaethje is as honest a fighter we’ve ever seen in combat sports. Every time he makes the walk, he promises a fight and he always delivers. Always. That’s usually the recipe for a short, but spectacular, career. But after a rough two-fight stretch against Eddie Alvarez and Dustin Poirier, Gaethje appears to have gotten a second wind while still bringing the heat we’ve come to expect from him. Back-to-back knockouts of James Vick and Edson Barboza have him looking like a legit title contender once more, and more Gaethje is always a good thing.

2 – Jack Hermansson
When the latest edition of the UFC rankings come out this week, Jack Hermansson will likely have a place on the middleweight list. And it’s about time. In going 6-2 over his first eight UFC bouts (with five finishes in those six wins), Hermansson has clearly proved that he’s one of the top 15 185-pounders in the world. Yes, he’s lost big bouts against Cezar Ferreira and Thiago Santos, but three consecutive finishes Thales Leites, Gerald Meerschaert and David Branch speak volumes for “The Joker.”

3 – Josh Emmett
It was good to see that Josh Emmett wasn’t gun-shy following a knockout loss to Jeremy Stephens that kept him sidelined for over a year due to injuries suffered in the bout. Then again, sparring with the killers at Team Alpha Male likely shook those butterflies in the weeks leading up to the bout. But as his comeback fight against Michael Johnson entered the third round, it looked like Emmett was going to have to take a loss and then hope to return to the win column next time. But Emmett kept pressing, kept looking for a finish, and at 4:14 of the final frame, he got it by scoring a highlight reel knockout of “The Menace.” It may not have been the perfect return, but it was the perfect result for the featherweight contender.

4 – Michelle Waterson
In the lead-up to Saturday’s bout with Karolina Kowalkiewicz, Michelle Waterson was seemingly everywhere, adding a new layer of pressure to “The Karate Hottie” to not just win, but to put on the type of performance that would propel her into the strawweight title conversation. Well, mission accomplished, as Waterson was on point for all three rounds against Kowalkiewicz, showing off all aspects of her game against a longtime contender. That makes it three in a row, and she is certainly in that conversation for a shot at the crown.

5 – Paul Craig
Remember, kids, it’s not how you start, but how you finish, and no one lives up to that adage better than Paul Craig. The beauty of mixed martial arts has always been that a fight is never over until it’s over, but we’ve seen fighters check out mentally when down on the scorecards hearing into the final round. That’s never been the case with Craig, and twice in his last three fights, he’s turned a surefire decision loss into a submission win. In Philadelphia, Kennedy Nzechukwu was the victim of Craig’s late comeback, and it was a reminder that when the Scottish light heavyweight is in the Octagon, you watch all 15 minutes.

How to Watch The Return of The Ultimate Fighter®: Team…

How to watch The Ultimate Fighter in your country

UFC Partners With Youth Charity Onside To Launch Its…

UFC Has Partnered With Leon Edwards, Darren Till and Jimi Manuwah And OnSide To Establish A Youth Mentoring Program At Youth Zone Locations Throughout The U.K.

UFC 264: Fans Are Back In Vegas For Poirier vs…

Fans Are Back In Vegas For Poirier vs McGregor 3 on July 10, 2021 at T-Mobile Arena in Las Vegas