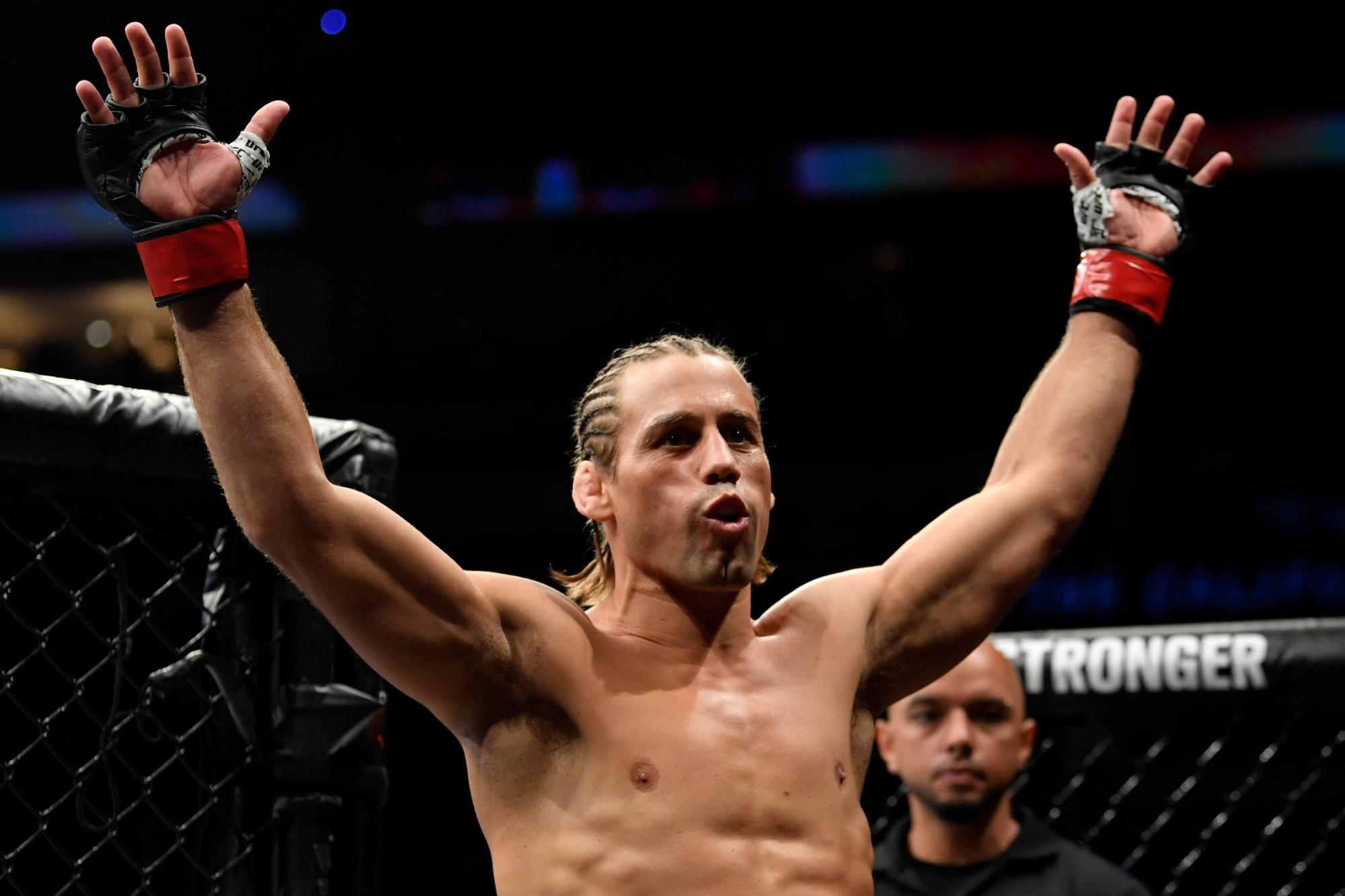 The Talking Points and Bonus Winners of UFC Sacramento
By Zac Pacleb • Jul. 14, 2019
Performances of the Night
Urijah Faber

This is 40, apparently. “The California Kid” Urijah Faber showed he still has the goods, taking only 46 seconds to take out rising bantamweight contender Ricky Simon. The bout was Faber’s first since retiring in 2016, but the allure of fighting in Sacramento’s Golden 1 Center proved enough to bring the ever-active Faber back into the Octagon, and he gave the hometown crowd a show.

“It means a lot,” Faber said. “Honestly, I’ve never doubted myself. (I) walk in the room, and I feel like I’m the baddest dude. I don’t care who is walking in. I just feel that way.”

Faber uncorked a big right hand to Simon’s head and swarmed, looking like the former WEC champ never missed a beat. It was a perfect cap for Team Alpha Male, who surely will enjoy three of their fighters earning performance bonuses. For Faber, he showed he still has something to say In an increasingly loaded bantamweight division.

Before Faber stole the show, Emmett showed off his power once again, dropping Mirsad Bektic with a jab before finishing the fight with some ground and pound. The finish was Emmett’s third in four fights, and he’s starting to build a bit iof momentum in the featherweight division.

“I feel like every strike I throw has bad intentions behind it,” Emmett said. “I can finish the fight at any moment.”

Getting your first finish in nearly four years is exciting enough, but doing it for the hometown fans is as sweet as it gets, and nobody could really blame Andre Fili for wanting to celebrate with the crowd as soon as he finished Sheymon Moraes.

The two exchanged shots early and often, but a slick right hand followed by a head kick rocked Moraes for good. Ultimately, a counter right hand put Moraes to the ground, and almost as soon as the referee stepped in, Fili was headed toward the crowd.

As if Fili needed a sweeter reason to enjoy his performance, he also did so in front of his father, whom Fili hadn’t seen in 17 years.

“I love this s***,” Fili said. “Since I was a 13-, 14-year-old kid, all I wanted was to be in the UFC. I wanted to fight next to Faber. I wanted to fight at home in Sacramento. I just checked like eight things off my bucket list, and it’s a great feeling.”

Martinez’ fight with Liu Pingyuan was a tactical one with both bantamweights managing distance for the better part of two rounds. In the third, Martinez pressed the action early, and as the fight slowed down once again, Martinez uncorked a left knee to end the fight in a flash.

The knee was a product of a tweak in how he threw the strike before, and it paid off in the form of his first UFC finish and $50,000.

“We’ve been working on that for like four or five weeks because I used to throw my knees different,” Martinez said.

Around the Card
Germaine de Randamie

The Sacramento crowd was still buzzing from Faber’s first-round finish when “The Iron Lady” landed a flush right hand on Aspen Ladd to end the show early. De Randamie had the previously undefeated Ladd on all-fours and primed to take more punches before Herb Dean stepped in to stop the fight.

“I saw her throwing her jab, and she pulled it back low,” de Randamie said. “I knew I had more reach on her, so she was absolutely in my punching distance, and I know I have the power.”

After the fight, de Randamie said she didn’t plan to wait for a title shot against Amanda Nunes if Nunes chooses to prioritize defending her featherweight belt first. Either way, de Randamie proved she has the fight-changing power to go along with her slick and high-pedigreed kickboxing, making her an intriguing matchup for the champion.